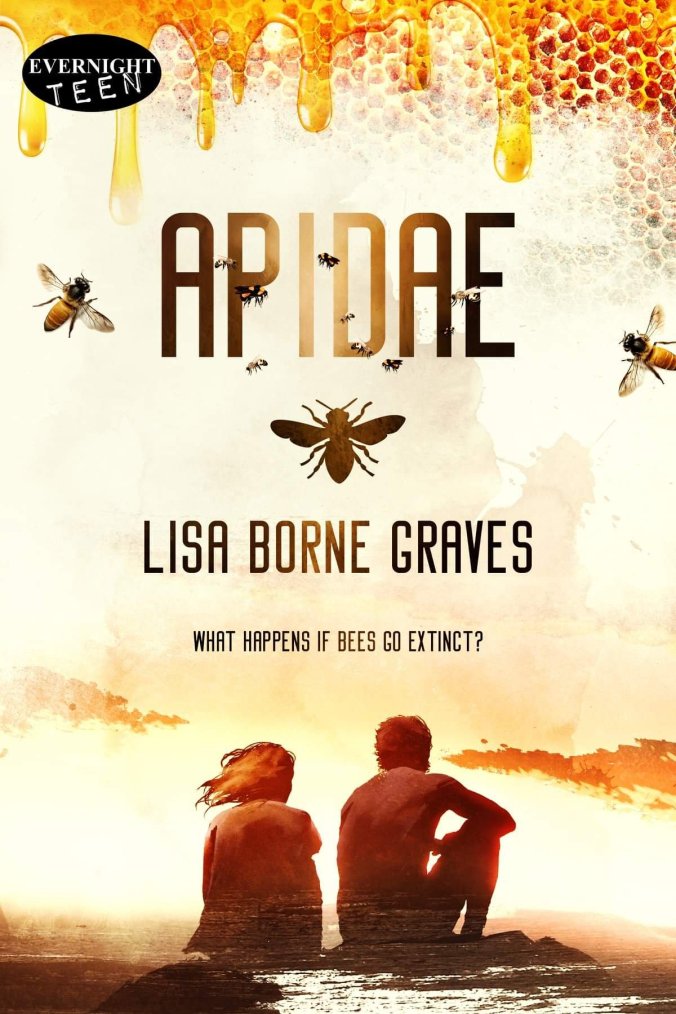 What would the world be like without bees? That’s the questions Lisa Borne Graves asks through her debut novel Apidae.

“What happens if bees go extinct?

In the not so distant future, scientifically modified Emlyn and Ace find themselves thrown into the role of saviors on a perilous mission where their tenuous relationship could save or destroy mankind. As the war between rebels and the corrupt government reaches a fever pitch, Ace is bent on self-sacrifice and revenge, while Emlyn must choose between her heart and the future of mankind.

14+ due to adult situations and sexuality”

Emlyn Apidae is different. She heals quickly, has heightened senses, and has a strange affinity for bees. With the help of her best friend, Huck, they try to make their way through a dystopian world where the government controlled MICE is using illnesses to wipe out mankind in some strange population control. With bees close to extinction, Emlyn’s mother experimented on her and others to try and give humans the ability to mimic bees. Before her death she leaves Emlyn with one request. Find Ace and the Queen.

Self healing and heightened sensed Ace has infiltrated the MICE facility with his father with the intent of bringing it down. When Emlyn is caputured, it’s up to him to rescue her.

Together, they work to find the Queen, start a new hive, and take down MICE in an attempt to start over. But there’s something about Ace that has Emlyn questioning their abilities. She and Ace are drawn to each other, two halves that make a whole. And if that bond doesn’t function, the world may very well end.

Apidae is well written in third person narrative as it switches between Ace and Emlyn. Following them through a desolate world where fruit, flowers, and trees, gives thought to what life would be like if bees did cease to exist. Out now from Evernight Teen, it is well worth the read.